Consequences of Brexit for British citizens living in the Netherlands 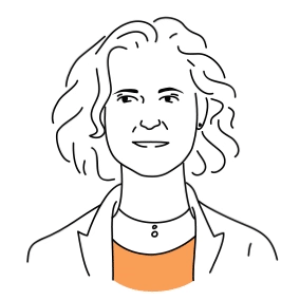 After a week of voting on Brexit in British politics, we are still none the wiser and a wide range of scenarios can still take shape. Ranging from a deal or no-deal to a shorter or longer postponement or no Brexit at all. The prospect of Brexit is of course cause for an equally large range of questions, both from transferees and their employers.

Up until now, we have been preparing for the scenario of a Brexit on 29 March with or without a deal, looking into what would need to be done for UK citizens relocating to the Netherlands before it takes effect.

The main thing is to be registered in the Basisregistratie Personen (BRP), the database the Dutch immigration services will look at when considering the residence status of UK citizens, before Brexit takes place. The Dutch government has prepared for two different transition periods after a deal or no-deal respectively. It is at this point unclear what will happen with the end date of the transition period in case of a postponement of Brexit.

Due to the current unclarity on how Brexit will proceed, the IND is proactively sending out temporary residence permits to all UK nationals and their family members living in the Netherlands. This temporary permit will only be valid in the Netherlands during the Dutch transition period of 29 March 2019 through 30 June 2020, independent on whether there will be deal or no-deal Brexit. The permit holder also needs to have a valid passport.

NB: The letters will only be sent to addresses which are recognised as residential by the municipality. When registration in the BRP happens shortly before the Brexit date this letter can also be requested individually from the IND.

In case of a deal Brexit, a transition period will take effect from 29 March 2019 until 31 December 2020. As long as they have been registered in the BRP before 29 March, nothing will change initially and Brits and their family members will continue to have the same rights.

After 31 December 2020, British citizens and their family members will need a residence document in order to stay in the Netherlands. In stages during the transition period, the Dutch Immigration and Naturalisation Service (IND) will automatically send out invitations to apply for this residence document. No action is needed on the side of the Brits and their family members until they receive the invitation.

NB: This invitation will not be sent to people registered at an office address. They can still apply for the residence status under the same conditions as other Brits, but will have to contact the IND themselves.

In the event of no deal, a national transition scheme will take effect from 29 March 2019 until 1 July 2020. During this period, British citizens and their family members retain the right to live, work, and study in the Netherlands, as long as they are registered as residents in the BRP before Brexit takes effect. The letter described above will serve as temporary residence permit.

After the transition period, British citizens and their family members will need a new national residence permit to continue to have the right to work and study in the Netherlands. This permit can be obtained if they meet the same conditions for residence that apply to EU citizens. During the transition period, they will automatically receive a letter from the IND, inviting them to apply for this national residence permit before 1 April 2020.

The IND has created an informative infographic on the different no-deal scenarios and the consequences for the need for a temporary residence permit, which can be found on their website here.

In case of a deal Brexit, the transition period until 31 December 2020 also applies to UK driving licences. As a result, holders of UK driving licences will be able to continue driving on their UK licences during this period, provided the licence is still valid.

When exchanging a licence, the holder can choose between having it replaced or renewed.

View all my posts

Eres Relocation Services is a full member of EuRA (European Relocation Association) and is bound by their ethics and Rules of Conduct. The stated aim of EuRA is to spread knowledge and understanding of the issues surrounding employee mobility. Further, EuRA enhances industry performance standards by communication and education.